“Oh yes! I finally reached the turning point,” I whispered inside my heart with much relief. The heat was getting on me. It was so scorching hot. I reckoned it was equivalent to 10am Malaysia time (30 degree Celcius perhaps). I bade farewell to the full marathoners and sincerely wished them luck as I made my u-turn back.

We were only about 40 minutes into the running yet I have started to struggle. “Maybe I should be joining the 8am running group in Bukit Aman next time. It is too late now as I am in the midst of a race of the Taroko International Marathon.” 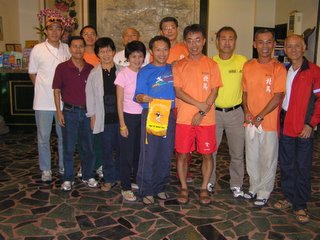 One month before the race on 5 November, we weren’t sure if this year’s competition would be on or not. The official website has not been updated and worse still, it was removed all together sometime in October. We were informed that this year’s event was a go through our counterpart in Taipei - Yung Ho Running Club (YHRC). We quickly gathered our PACM members who had expressed their interest to participate earlier. In the end, 8 of us made the trip. They were Hooi Siew Weng, Ong Boon Hin, Ng Soo Fin (for the full marathon) and Teresa Goh, Phua Qui Thin, Yap Wai Mun and I (for the half marathon) and Chan Wing Kai (the cameraman). Special thanks to the YHRC and the ever-helpful Tey Eng Tiong for helping us with the registration.

At 5.00am, 8 of us assembled at our hotel lobby for the official bus to shuttle us to the starting point which was located some 40 minutes away. There were many other runners as well in the bus comprising mainly locals from other cities in Taiwan. 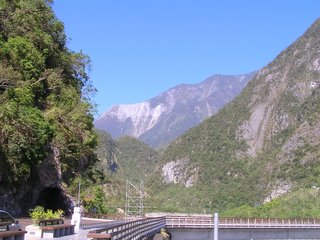 Upon stepping down from the bus, we were welcomed by cool breeze and magnificent view of the mountains. The atmosphere was very carnival-liked with lots of banner, loud music and of course the toilets. There was also an aerobic warming up session.

We quickly did some stretching, took some photos and went to the toilet before checking in our luggage. We walked slowly to the starting line which was situated right at the famous entrance arch of the Taroko National Park.

The 5km fun run was flagged off at 7.00am. We were supposed to flag off 10 minutes later. However, due to the uncontrollable crowd, the run was further delayed by another 15 minutes. The MC had to repeatedly announce for the runners to move behind the starting line. That shows the enthusiasm of the full and half marathoners to start the race!

“Bang!” I started slowly but steadily. I kept to the left which is the fastest lane in the Taiwanese traffic system. After just 2-3km, I started to sweat heavily and the sun was already on top of my head. I could actually see my own shadow running beside me. The course was straight and flat. At some point, we were sandwiched by seaside on the left and mountains on the right. 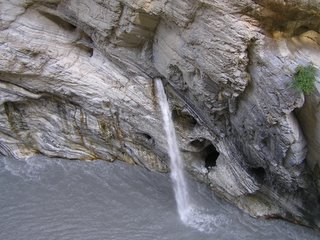 After the u-turn, there were not many runners in front of me anymore. It was kind of boring running alone! The heat had taken its toil on me and my armpit started to ache! A Caucasian runner was seen running without his shirt.

We were cheered on by some of the villagers and young children along the way. At one section, the workers from a nearby cement factory turned up to cheer us at the roadside. How sweet!

After crossing the starting arch, we were required to run another 5-6km inside the Taroko National Park. I rejoiced as the environment here was much cooler. There were many caves and tunnels. I could imagine we were like rats running from one hole to another! The view here was magnificent with waterfall flowing and the beautiful rocks just next to you. That’s the reward/incentive for traveling this far for a marathon. This is also the reason for running the Taroko Marathon, for I am so sure that we can never get to run into such a beautiful gorge with such magnificent scenes back home in Malaysia or anywhere else! 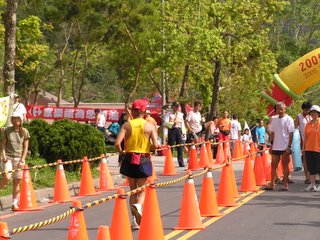 Some of the tunnels were quite dark. However, the ventilation was good. With about 1km to go, I could hear some cheering from the spectators outside the long tunnel. Suddenly I saw sunlight and I knew the finishing line was near. I pushed as hard as I could to complete this hottest half marathon that I had ever run!

For complete result, click on the link below:
Full marathon
http://www.sportsnet.org.tw/score_detail.php?Id=4

What they said:
Phua, “The run was generally well organized. If the starting time can be earlier and the route remains inside the Taroko National Park, I think it will be wonderful.”

Ong, “I’m satisfied with my time today even though it got tougher at the end of the race. Nevertheless, I enjoyed the scenery here. After my run in Beijing and Taroko, I’m looking forward for a better result in the coming Singapore Full Marathon.”

Hooi, “This is the toughest and hottest in my 23 full marathons experience so far. Physically I’m still very tired and have not recovered from my tracking trip from Nepal the week before.”

Teresa, “I had a pleasant run here except for the heat. At my age, to be able to run, I’m already happy. Coming back 1st is a bonus!”

Wai Mun, “I came to view the beautiful Taroko Gorge and not only have I seen it, I’m glad I left my footprints there. It was another memorable experience for John & I.”
Posted by John at 10:10 am

Going around the world, running and getting to see beautiful scenery. What and wonderful thing to do!. Can you write more about the other things you did during your trips ?

Congratulations on the good result in Taroko marathon !!!

Wah, your report really make the reader " saliva flow" about the beatiful scenery.